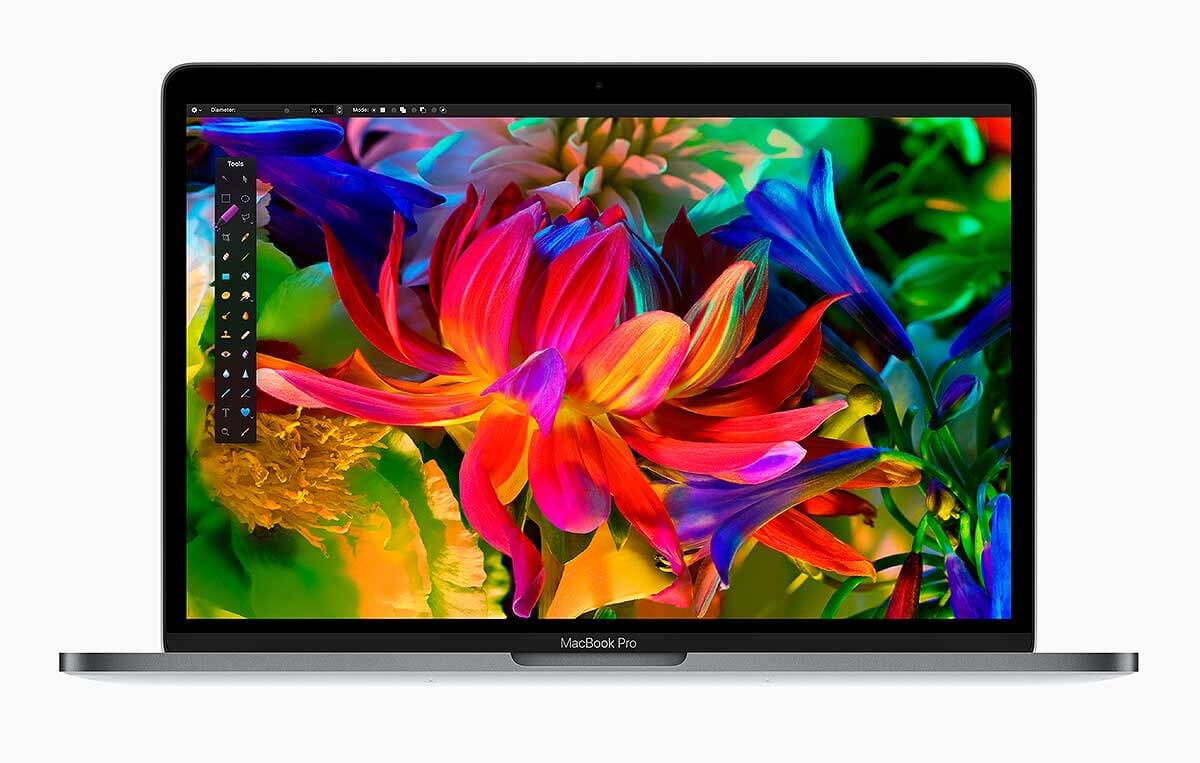 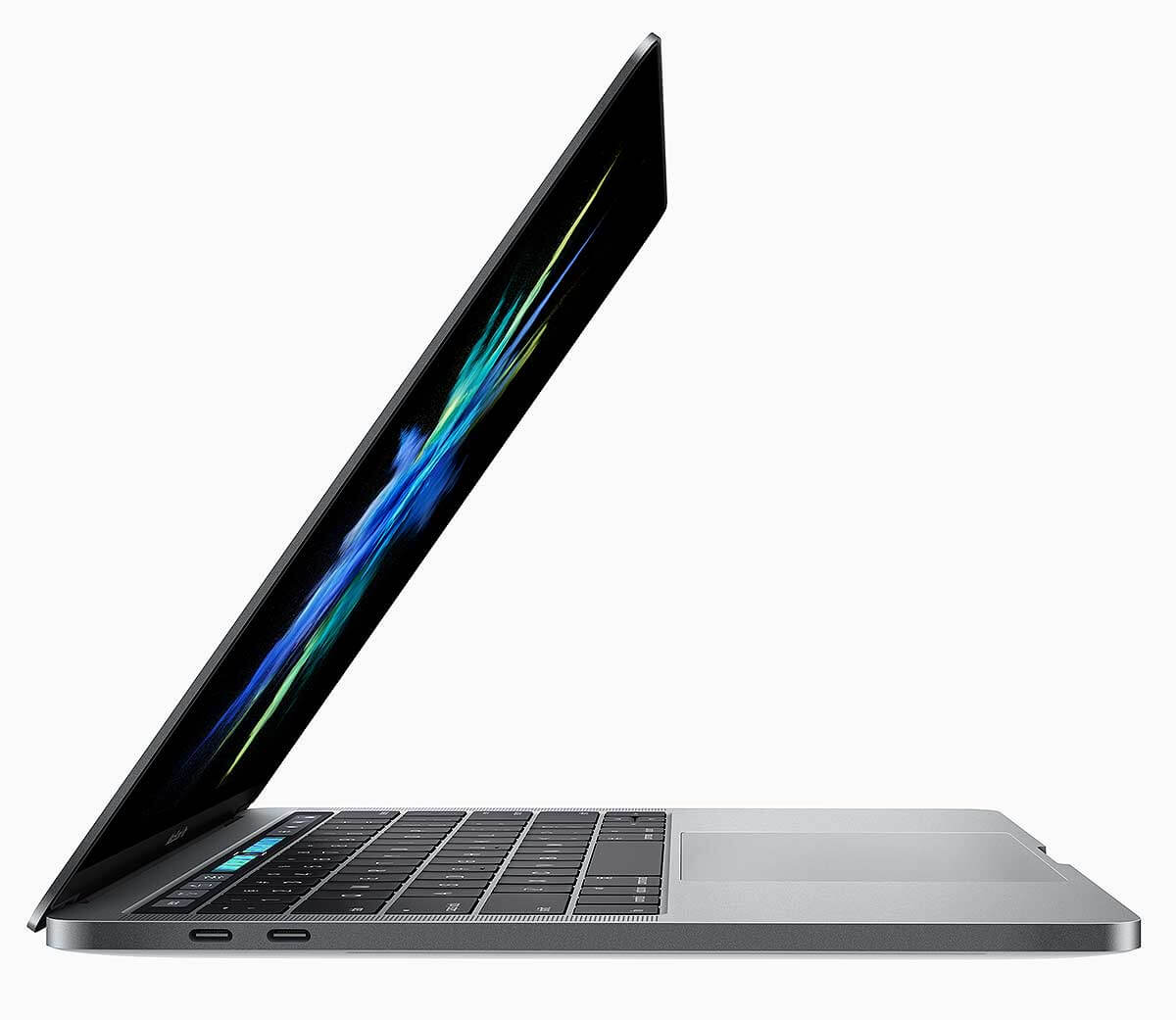 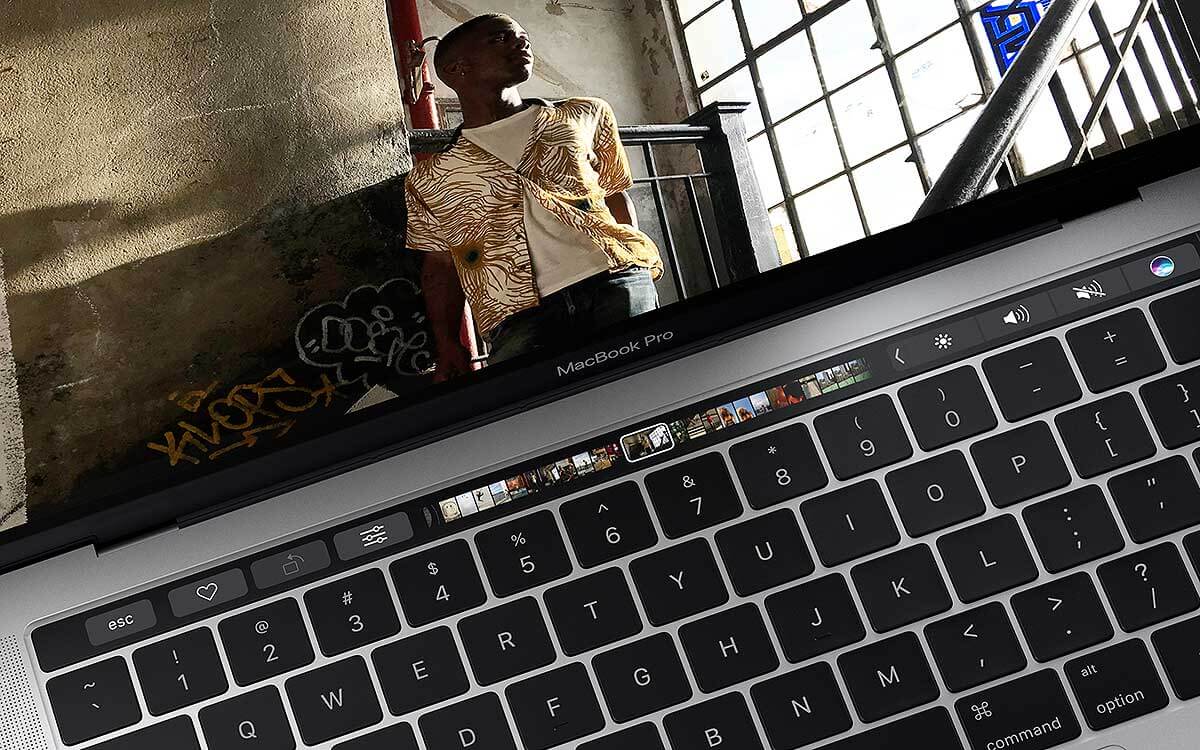 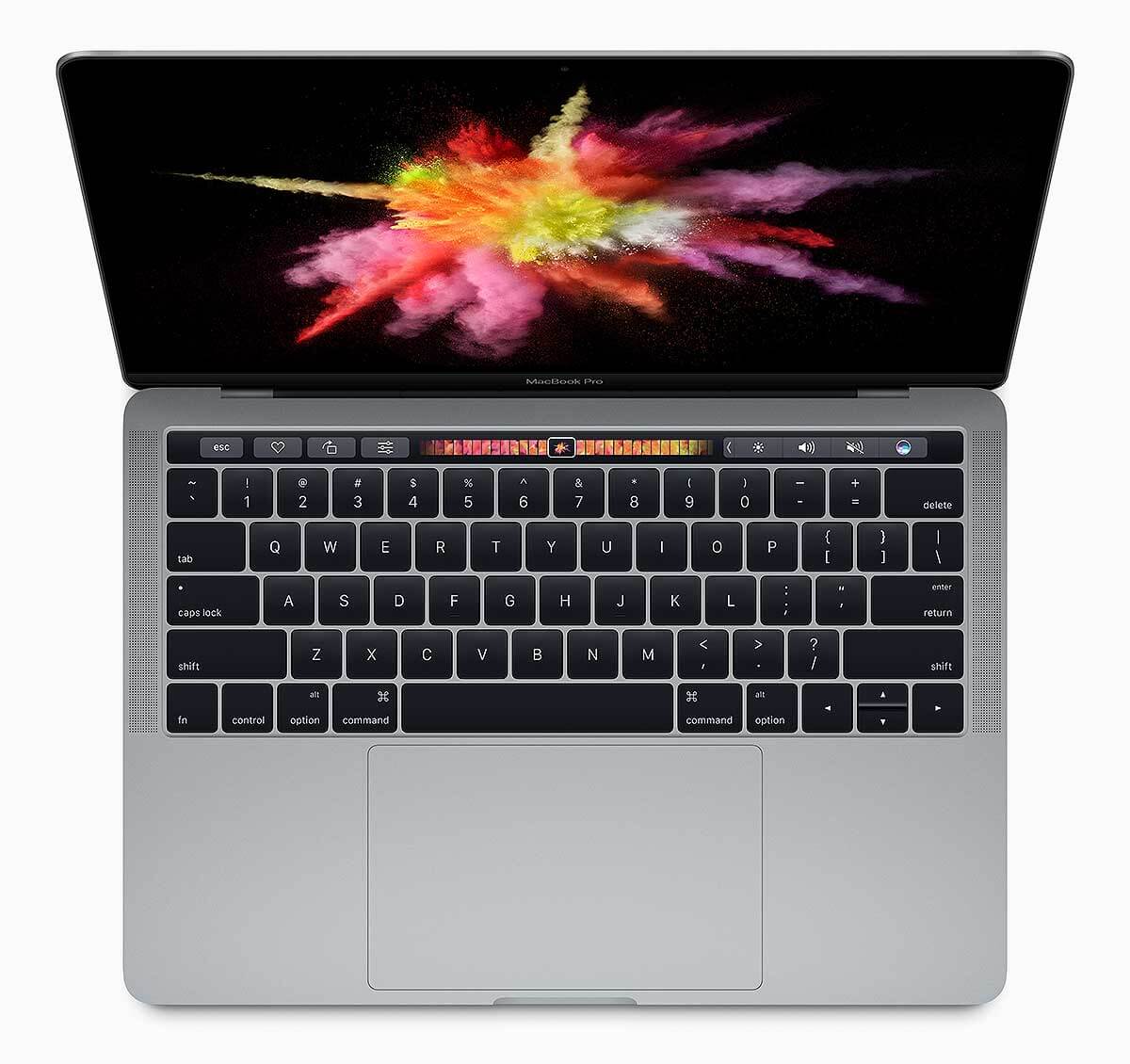 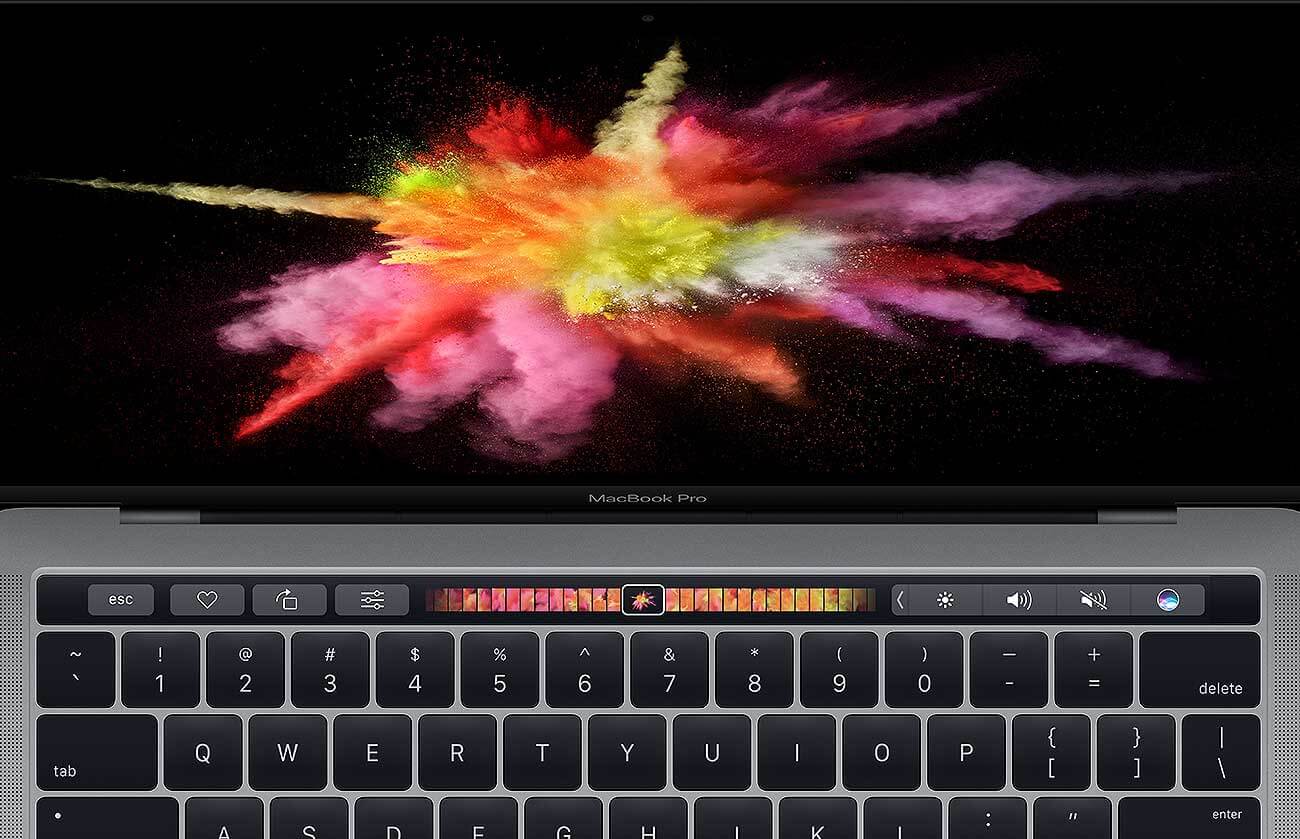 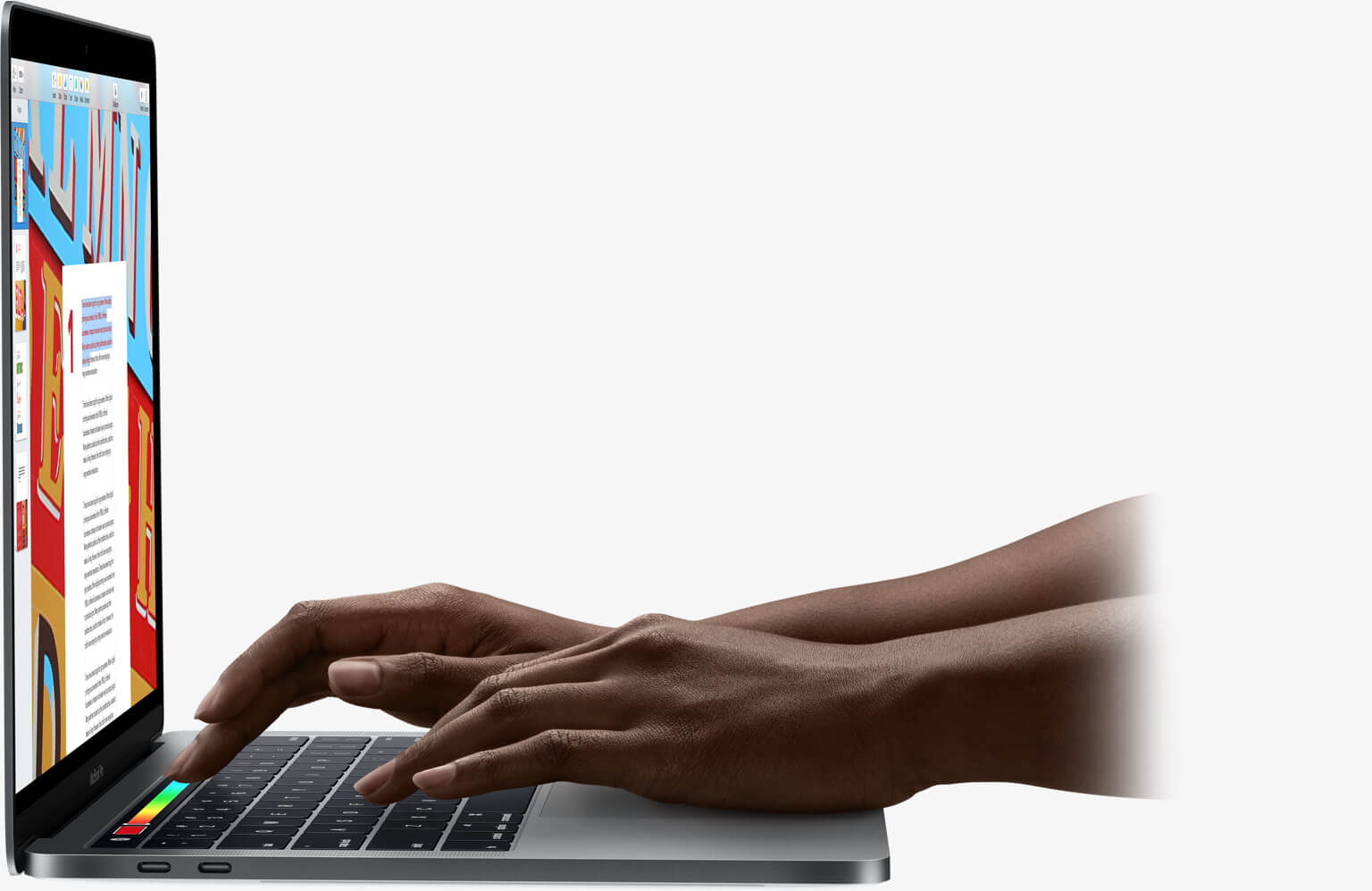 Apple introduced the thinnest and lightest MacBook Pro ever, along with a breakthrough interface that replaces the traditional row of function keys with a brilliant, Retina-quality Multi-Touch display called the Touch Bar. The new MacBook Pro features Apple’s brightest and most colorful Retina display yet, the security and convenience of Touch ID, a more responsive keyboard, a larger Force Touch trackpad and an audio system with double the dynamic range. It’s also the most powerful MacBook Pro ever, featuring sixth-generation quad-core and dual-core processors, up to 2.3 times the graphics performance over the previous generation, super-fast SSDs and up to four Thunderbolt 3 ports.

The Touch Bar places controls right at the user’s fingertips and adapts when using the system or apps like Mail, Finder, Calendar, Numbers, GarageBand, Final Cut Pro X and many more, including third-party apps. For example, the Touch Bar can show Tabs and Favorites in Safari, enable easy access to emoji in Messages, provide a simple way to edit images or scrub through videos in Photos and so much more.

Thinnest and Lightest MacBook Pro Ever

Touch ID Comes to the Mac

Integrated into the power button is the convenience and security of Touch ID, one of the great features customers have come to know and love from their iPhone and iPad. Once you enroll your fingerprint in Touch ID on your MacBook Pro, you can quickly unlock your Mac, switch user accounts and make secure purchases with Apple Pay on the web with a single touch. Touch ID enables a quick, accurate reading of your fingerprint and uses sophisticated algorithms to recognize and match it with the Secure Enclave in the new Apple T1 chip.

The best Mac display ever delivers images that are more vivid, reveal even greater detail and appear more lifelike than ever. As thin as a MacBook display at .88 mm, the Retina display on the new MacBook Pro at 500 nits of brightness, is an amazing 67 percent brighter than the previous generation, features 67 percent more contrast and is the first Mac notebook display to support wider color gamut. And with power-saving technologies like a larger pixel aperture, a variable refresh rate and more power-efficient LEDs, the display consumes 30 percent less energy than before.

With the groundbreaking new Touch Bar, the convenience of Touch ID, the best Mac display ever, powerful performance, improved audio, blazing-fast storage and Thunderbolt 3 connectivity in our thinnest and lightest pro notebook yet, the new MacBook Pro is the most advanced notebook ever made.Phil Schiller, Apple’s senior vice president of Worldwide Marketing

The Most Powerful MacBook Pro Yet

Powerful processors, cutting-edge graphics, blazing-fast SSDs, high-speed memory and an advanced thermal architecture deliver amazing pro-level performance in a dramatically thinner enclosure. Sixth-generation dual-core Core i5 with eDRAM, dual-core Core i7 with eDRAM and quad-core Core i7 Intel processors deliver pro-level processing performance while conserving energy. The new 15-inch MacBook Pro features powerful Radeon Pro discrete graphics delivering up to 2.3 times more performance than the previous generation; while the 13-inch MacBook Pro comes with Intel Iris Graphics that are up to two times faster than before. All models feature SSDs with sequential read speeds over 3GBps and Thunderbolt 3, which consolidates data transfer, charging and twice the video bandwidth in a single port — allowing users to drive a 5K display and power their MacBook Pro with a single cable.

BMW VISION NEXT 100: “Sheer Driving Pleasure” of the future – what will it look like?